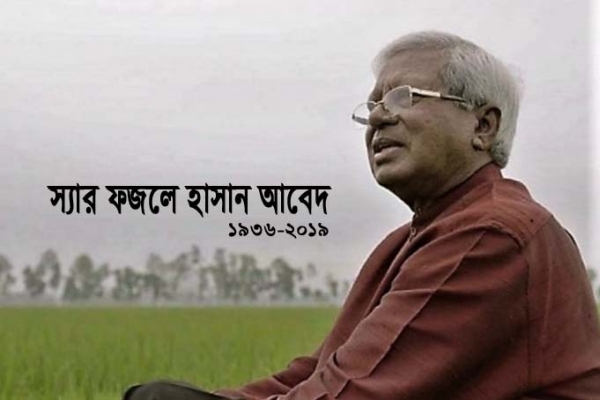 Brac public relations department confirmed the news of his death.

His body will be taken to the Army Stadium, in the capital on 22nd December for people from all walks of life to pay their last respects. His Namaz-e-Janaza (funeral prayers) will also be held there at 12.30pm. He will be laid to rest at the graveyard in Banani, Dhaka the same day.

Fazle Hasan Abed left behind his wife, a daughter, a son and three grandchildren.

He founded the non-governmental organization Brac in 1972 what was then Bangladesh Rural Advancement Committee or BRAC, later changed into Brac, to support war-torn Bangladesh’s rebuilding efforts.

It eventually grew into the world’s largest indigenous NGO and a global brand in the development community.