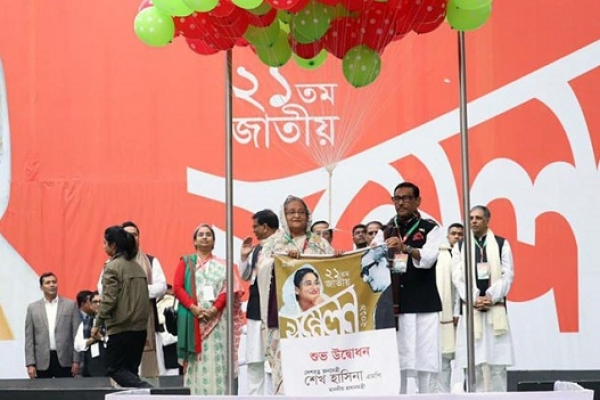 The Awami League has re-elected Sheikh Hasina as President and Obaidul Quader as General Secretary.

The ruling party chose the new leadership for the next three years on Saturday, the second day of its 21st National Council, at the session held at the Institute of Engineers, Bangladesh (IEB).

Councillors of ruling Awami League gathered at the Institute of Engineers on Saturday morning to elect the next committee of the party for three years.

The second day of the party’s two-day national council began at 10:30am.

Some 15,000 councillors and delegates took part in it.