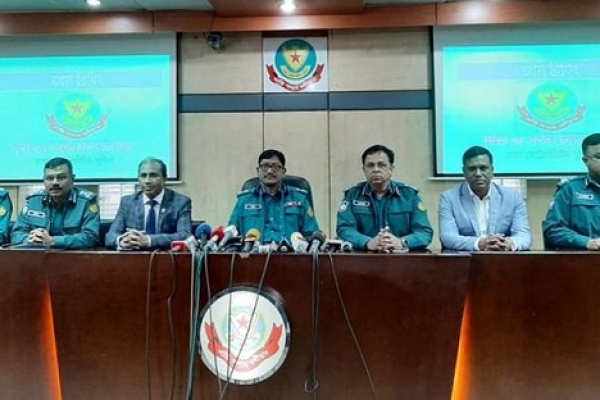 No open air cultural programme will be allowed on the 31st December to maintain the law-and-order situation in the city, said Commissioner of the Dhaka Metropolitan Police (DMP) Mohammad Shafiqul Islam, reports UNB.

The DMP Commissioner came up with the information at a press briefing over the New Year Celebration at the conference room of DMP Media and Public Relations division on Monday.

Besides, no-one will be allowed to use road crossings, flyovers, roads, roofs and open spaces for public gatherings or rally for celebrating the New Year in the city.

If anyone wants to organise any indoor programme than he or she should have to inform police for ensuring security, he said.

Besides, fireworks and crackers will not be allowed in the city for New Year celebrations, he said.

All kinds of bars in the city will remain shut after 6 pm on December 31.

No-one will be allowed to enter residential hotels, restaurants, public meeting and celebration places with liscenced firearms from 6 pm on December 31 till 6 am on January 1, said the DMP Commissioner.

He said no-one will be allowed to stay in Hatirjheel area after 8 pm on 31st December.