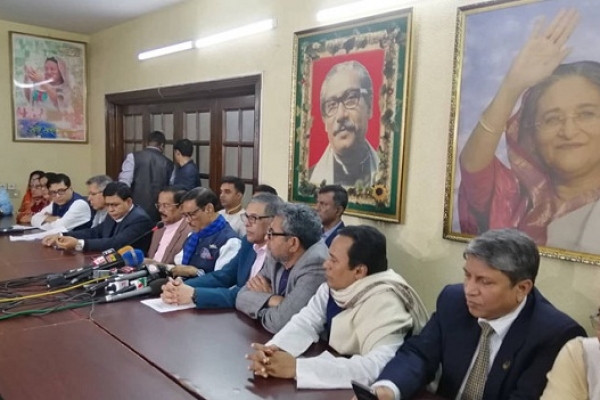 Awami League (AL) general secretary Obaidul Quader said, “If they lose election, they will term it as rigging polls. Because, expressing doubts before holding polls is old habit of BNP.”

The Road Transport and Bridges Minister came up with the observation while talking to reporters at AL President Sheikh Hasina’s political office at the capital’s Dhanmondi on Thursday noon.

Claiming that the Dhaka city polls would be held in fair manners, the AL stalwart said for BNP leaders, “Observe the polls first, how it is held.”

BNP secretary general Mirza Fakhrul Islam Alamgir alleged the polls would not be held in fair, free and neutral manners. His party is participating in the election to prove it.

In reaction to Fakhrul’s comment, Quader said, “The statement is ridiculous. How did they understand the polls would be unfair?

He said, “Earlier they made such comments before Sylhet and Cumilla polls, but they won there. The statement proves they have no respect with democracy. Actually, the party hankers after power. For them, everything is right when they are in power. Their sole aim is to occupy power and loot the country.”

Quader said, “90 percent people of Bangladesh do not want BNP to run the country. The percentage will increase.”