PM asks BCL to move on with right values and ideals

PM asks BCL to move on with right values and ideals 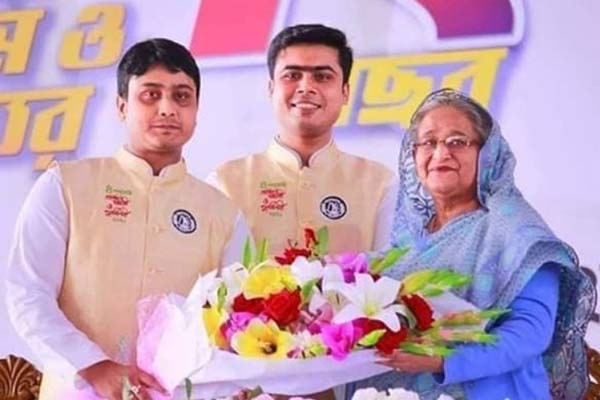 Prime Minister Sheikh Hasina on Saturday stressed the need for building Bangladesh Chhatra League (BCL) with the right  values and ideals so that the country may get its future leaders from the organisation, reports UNB.

"The Chhatra League should be built imbued with moral values and ideals. The future leadership will emerge from this organisation," she said.

The Prime Minister said this while addressing the 72nd founding anniversary and reunion of Bangladesh Chhatra League (BCL) at historic Suhrawardy Udyan.

The country's largest student organisation having glorious heritage of struggle and success, the BCL came into being on January 4 in 1948 at the advice of Father of the Nation Bangabandhu Sheikh Mujibur Rahman.

"Chhatra League should remember that the future leadership (of the country) should come from this organisation," said Hasina, also the chief patron of BCL.

The Prime Minister said students are the future of the country and the future leadership of the independent country must come from the meritorious and brilliant students.

Without ideals, moral values, honesty, she said, it is not possible to build leadership.

Sheikh Hasina, also the chief of ruling Awami League, said derailed leadership might bring some quick money and fame, but they will just fade away in the course of history.

Coming down heavily on military rulers and autocratic governments who grabbed state power illegally like Ziaur Rahman, HM Ershad and Khaleda Zia, the Prime Minister said Zia used the meritorious and brilliant students  by giving them arms and money.

The PM said she saw it during the regimes of Ziaur Rahman, HM Ershad and Khaleda Zia that the brilliant students were used as armed cadres, militants, terrorists in other heinous activities to secure their power.