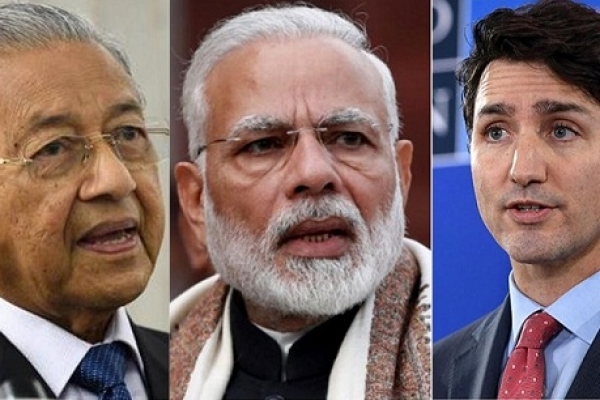 Their presence in the ‘Mujib Year’ extravaganza has been confirmed by Foreign Minister Dr AK Abdul Momen.

“We have already got their consent (to visit Bangladesh during Mujib Year) but it’s yet to confirm the exact dates of their arrivals,” Momen told newsmen after holding a meeting of sub-committee of celebration of the birth centenary of Father of the Nation Bangabandhu Sheikh Mujibur Rahman at International Mother Language Institute in the capital.

The foreign minister said some of the global leaders will join the special programme on March 17, the birthday of Bangabandhu, and the rest of them will attend other programmes to be held during the Mujib Year between March 2020 and March 2021.

“We don’t want many global leaders on March 17 programme…. we would like to have no more than four or five leaders on that day … other dignitaries will join different other programmes,” Momen said.

Momen said the 77 Bangladesh missions abroad will hold 261 programmes in their respective host countries round the year marking the Bangabandhu’s birth centenary.

“We would like to spread the Bangabandhu’s ideals globally,” said Momen adding that Bangabandhu is not only friend of Bangladesh, he was the friend of all peace loving people around the world.

Apart from portraying Bangabandhu’s ideology during the Mujib Year, the minister said the government would also like to make a new branding of Bangladesh worldwide that it’s a land of opportunity with vibrant economy.

Momen said his ministry has already introduced Bangabandhu Chair at universities in different countries, including Germany and Thailand, while Bangabandhu centre has been set up at Cambridge University in the UK.

Moreover, murals will be built at different Bangladesh missions abroad including in Pakistan, Momen said.