60 killed in Houthi attack on camp in Yemen's Marib

60 killed in Houthi attack on camp in Yemen's Marib 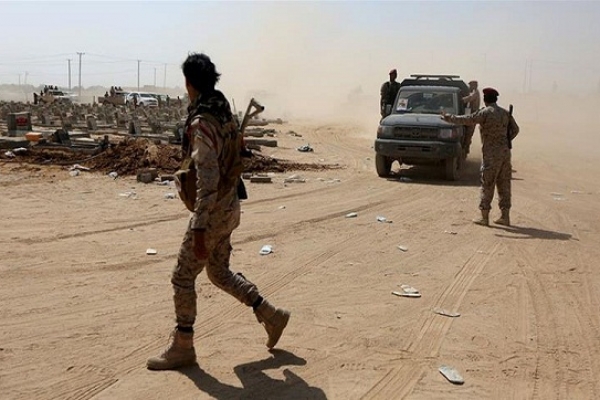 Al Ekhbariya television quoted sources as saying the attack was carried out with ballistic missiles and drones.

A proxy war has been playing out in Yemen between Iran and Saudi Arabia.

The Saudi-led coalition intervened in 2015 to restore the government of President Abd-Rabbu Mansour Hadi, which the Houthis ousted from power in the capital Sanaa and is now based in the southern port city of Aden.

The Houthis, who hold Sanaa and most of Yemen’s big urban centers, deny being puppets of Iran and say they are fighting a corrupt system.

Houthis militants did not immediately claim responsibility for Saturday’s attack.