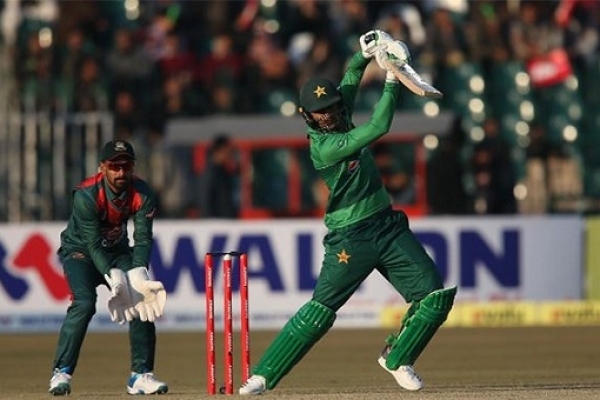 The half century by veteran batsman Shoaib Malik propelled Pakistan to a comfortable 5-wicket victory against Bangladesh in the T20I series opener at Gaddafi Stadium in Lahore on Friday.

Chasing the 142 runs target, Pakistan suffered an early setback with the loss of Babar Azam in the first over. But, Malik (58 off 45) and Ahsan Ali (36 off 32) guided the team nicely.

Shoaib Malik was the Man of the Match.