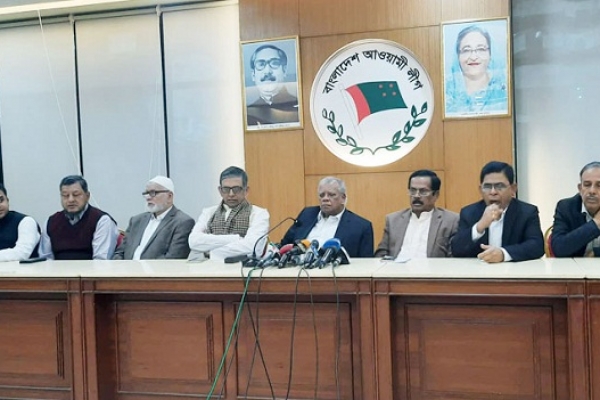 AL election coordinator for DSCC Amir Hossain Amu said, “We thought BNP is returning to democratic politics. So, we had welcomed them for its participation in the election. But it’s unfortunate that the party’s candidate Ishraque Hossain made attack on AL candidate’s election office. It was a well-planned attack.”

AL advisory council member came up with the remarks in un urgent press briefing at the party’s central office on Sunday, hours after clash between supporters of two candidates at the capital’s Gopibag.

Amu said, ‘The attack indicates the conspiracy of attempt to foil the election.”

“Nearly 50 leaders and activists of Awami League and Jubo League were attacked in the attacks. Of them, 35 were admitted to Dhaka Medical College and Hospital (DMCH),” he claimed.

He said, “We hope that EC will take measures against the culprits.”

A case was filed in this connection, Amu said.