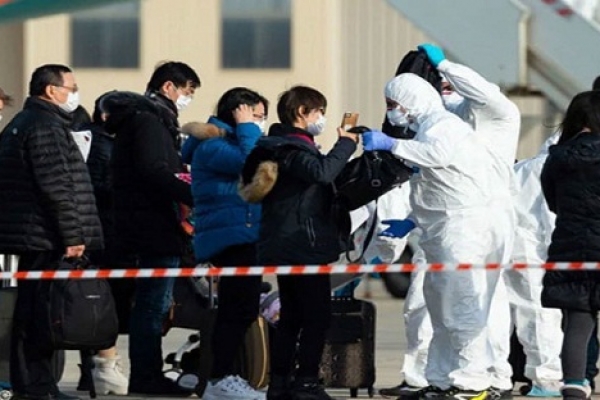 India has cancelled all visas from China issued since January 15 after an outbreak of the deadly Novel Coronavirus claimed over 400 in the neighbouring country, reports NDTV.

"It is clarified that existing visas are no longer valid. Intending visitors may contact Embassy in Beijing or the Consulates in Shanghai and Guangzhou to apply afresh for an Indian visa," the Indian embassy in Beijing tweeted.

"All those who are already in India (with regular or e-visa) and had traveled from China after January 15 are requested to contact the hotline number of Ministry of Health and Family Welfare of Government of India and email," the embassy tweeted.

"Embassy and our Consulates have been receiving several queries from Chinese citizens as well as other foreign nationals, who are based out of China or visited China in the last 2 weeks, as to whether they can use their valid single/multiple entry visas to travel to India," it said.

"Indian Visa Application Centres in these cities may also be contacted in this regard. Visa Section of the Embassy/Consulates of India in China can be contacted to ascertain the validity of visa before undertaking any visit to India," the embassy tweeted.

In a letter issued by the Bureau of Immigration, Ministry of Home Affairs, Kolkata, the government said: "All airlines are informed not to take on board any passenger from China, including Chinese or other foreign nationals who may be holding valid (electronic travel authority) ETA/e-visa to board their aircraft for any destination in India."

Three cases of coronavirus have been confirmed in India. All the three are students from Kerala, who went to study in China Wuhan, the epicentre of the outbreak. The viral was declared a global health emergency by the World Health Organisation last week as it spread to more than 20 countries.

In the last three days, over 80 people - who came in direct contact with the three coronavirus patients - have been traced and placed under observation at hospitals and isolation wards. Over 2,230 people are under watch across Kerala; around 75 of them are in isolation wards and rest of them have been quarantined at homes.