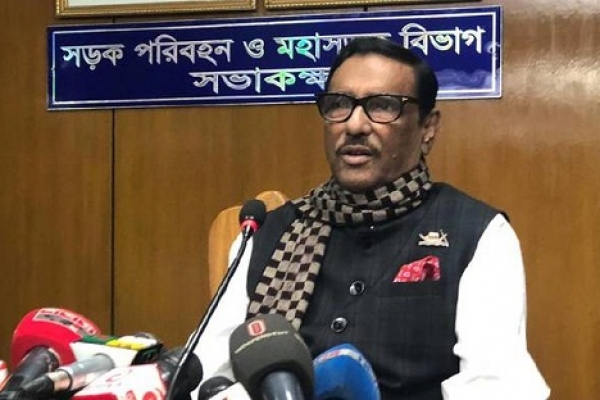 Road Transport and Bridges Minister Obaidul Quader on Tuesday said the apathy of voters during the recently held Dhaka city elections is not good for Bangladesh democracy.

The minister made the remark while talking to reporters at the Secretariat.

Mentioning that the full use of Electronic Voting Machines (EVMs) in the elections a new experience, Quader, also Awami League general secretary, said some mistakes were there but many people found it easier and simpler.

“It’s a matter of concern for us … we had expected more votes in our favour. Considering the voters of Awami League, the vote percentage was low,” he explained.

He said the negative campaign against the EVM and the ruling party was the main reasons behind the low voter turnout.

“However, it was a good election. In the future, political parties will play a role in mobilising public opinion by learning from these mistakes,” Quader said.

About BNP’s rejection of the city polls, the minister said it is obvious for the party to do so. “Despite its messy organisational condition without a leader, it has done well ….Seriously, they fared well!”

Quader termed the attack on journalists during the city polls an isolated incident but said it should not have happened.

“I don’t know where the reporters were attacked. I’ll keep an eye out so that such incidents don’t occur in the future. There’re no major clashes during the elections,” he added.

About the allegation that many councillors who were elected have cases against them and involved in casino business, the minister said, “Whoever is elected by people’s votes becomes a public representative and I can’t ignore what people want.”