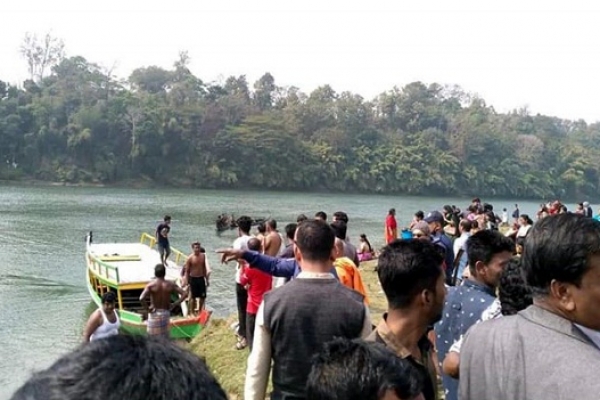 Six people including women and children died as a tourist boat capsized after clash with another boat in Kaptai lake in Rangamati on Friday noon.

Identities of the deceased could not be known yet.

It was learnt that two boats collided in the lake, leave one boat with 10-12 boarder capsized. Later, rescuers recovered six bodies.

Meanwhile, a boat also capsized in the lake. Though all the passengers were rescued but another was missing till the report was published.