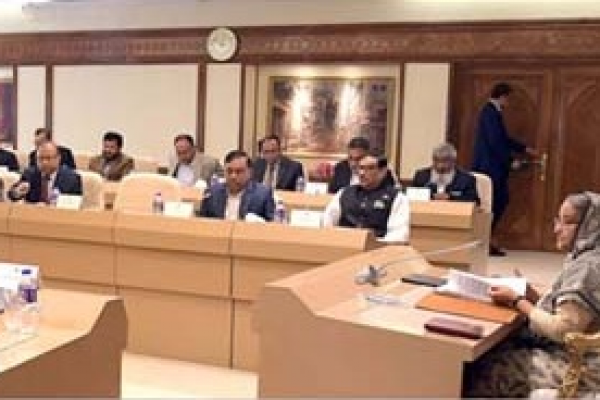 The cabinet today approved the Hajj Package-2020/1441 hijri, allowing the pilgrims to perform hajj in three packages under the government management.

The approval was given in the weekly meeting of the cabinet held at Prime Minister’s Office (PMO) here with Prime Minister Sheikh Hasina in the chair.

Cabinet Secretary Khandker Anwarul Islam briefed reporters about the decision of the cabinet meeting at the Bangladesh Secretariat.

The cabinet secretary said as per an agreement signed with the Saudi government, a total of 1,37,198 pilgrims can go to Saudi Arabia this year to perform hajj.

In the past, the pilgrims went to perform hajj in two packages under the government management, he said, adding that a new hajj package of Taka 3,15,000 was proposed this year for the first time.

The cabinet secretary said the cost of hajj package-1 has increased Taka 6,500 this year, while Taka 16,000 goes up in the package-2. Noting that private hajj agencies can also send pilgrims to Saudi Arabia following the three packages, he said the hajj packages have been fixed following the distance of the pilgrims’ residences from the Haram Sharif.

This year, the hajj agencies cannot withdraw the money, which will be deposited by pilgrims in their bank accounts for air tickets, he said.

The cabinet secretary said as per the number of hajj pilgrims, the money of air tickets must be sent to the airlines directly through the government pay-orders.

Besides, the cabinet approved the draft of the Bangabandhu Sheikh Mujibur Rahman University Act, 2020 and the draft National Digital Commerce (Amendment) Policy-2020.