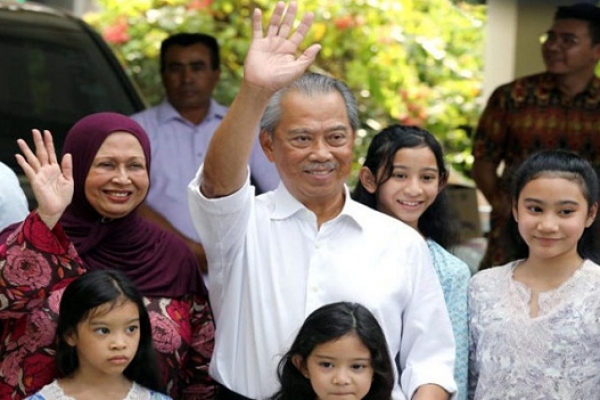 Muhyiddin, who won the backing of opposition parties, will be sworn in on Sunday, according to a statement from the palace. The king had spoken to lawmakers and party leaders this week to determine who has the most support to lead the country.

Malaysia has undergone a week of extreme political turmoil, which saw the implosion of the government less than halfway through its term after a power struggle boiled over and Mahathir resigned.

The king made him interim prime minister while trying to end the crisis. Muhyiddin was backed by the Barisan Nasional coalition, which still counts former Prime Minister Najib Razak - the politician at the heart of a corruption scandal that brought down the previous administration -- as a key figure.

Najib’s alliance, which ruled the country for more than six decades until May 2018, could now regain a foothold and have a say again on how it should be run.

Mahathir said early Saturday that he had won the backing of the Pakatan Harapan coalition he abandoned earlier this week. But it seemed to have been a little too late.

Born in Johor in the southern Malay peninsula, Muhyiddin is a graduate of the University of Malaya. He rose through the ranks of the United Malays National Organisation (Umno), and served six years as deputy prime minister under Najib.

Critical of Najib’s handling of the 1MDB state fund scandal in which billions of dollars disappeared, he was dismissed from the post in 2015 and later expelled from the party. In 2016, he and Mahathir formed the Bersatu party, and he was elevated to home minister in the Pakatan Harapan government after their stunning election win in 2018.