Obaidul Quader calls for observing ‘Mujib Borsho’ with due respect

Obaidul Quader calls for observing ‘Mujib Borsho’ with due respect 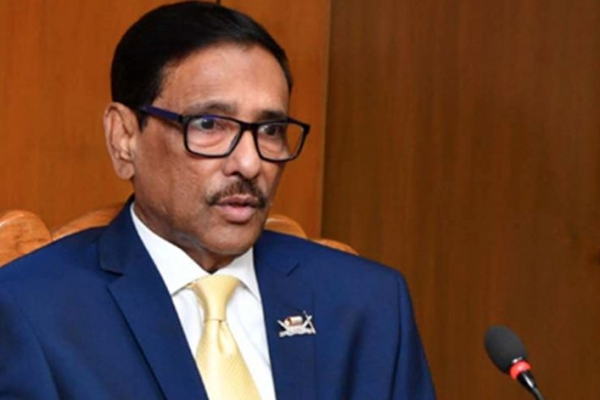 Awami League (AL) General Secretary and Road Transport and Bridges Minister Obaidul Quader today urged the leaders and activists of Awami League to celebrate the “Mujib Borsho” with due respect.

“We will not tolerate any unacceptable activities in the name of Mujib Borsho celebration… The party leaders and activists have been asked to refrain from extortion in the name of collecting money for Mujib Borsho observance,” he told a joint meeting at Bangabandhu Avenue central office of AL here.

The joint meeting of the party was held on the occasion of “Mujib Borsho” celebration.

Quader warned the party men not to get involved in extortion activities for “Mujib Borsho” celebration.

“We will take stern action against those who would be involved with extortion and other illegal activities in the name of “Mujib Borsho” observance,” he added.

The AL General Secretary also asked the AL leaders and activists not to use their photos in posters, leaflets, banners and billboards on the occasion of the “Mujib Year” marking the birth centenary of Father of the Nation Bangabandhu Sheikh Mujibur Rahman. But the party men could use their names in posters, leaflets, banners and billboards, he added.

Quader said, “A monitoring team will oversee all activities of the party men centering the “Mujib Borsho”…If anyone violates the directives of the party, we will take actions.”

As there will be year-long programmes in the “Mujib Borsho” that starts on March 17 this year, the AL leaders and activists must abide by disciplines to make the programmes a success.