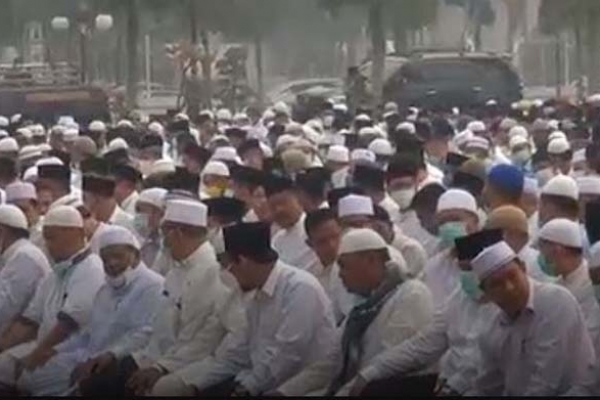 The Islamic Foundation has called upon the Muslims to perform Shab-e-Meraj prayers at their homes to avoid the risk of being infected with the novel coronavirus.

The Muslims in Bangladesh will observe the event acorss the country on Sunday night.

On the occassion, Muslims around the world spend the whole night saying special prayers at mosques and seek blessings of Allah for the welfare of the entire nation and the Muslim Ummah.

"Those (you) go to mosque to say prayers five time a day, we call upon you perform Sunnah prayers at home and them go to mosque for Fard prayers," the government organization's director Anisur Rahman Sarkar said in a statement on Sunday.

Today, on the occassion of Shab-e-Meraj, the Imam only will offer Munajat after Maghrib. "We urge rest all to say prayers staying at home due to coronavirus," Anisur added.

Every year Waz and Milad Mahfil were organized at Baitul Mukarram National Mosque but this year no such event will be held.

As of Saturday, two people died from the deadly COVID-19 in Bangladesh and 24 cases were confirmed.

The deadly virus spread to at least 188 countries and territories, killing some 13,050 people globally, according to Worldometer, a website which compiles number of new coronavirus cases and deaths from it.

As many as 308,010 people worldwide caught the virus. Among them, 95,797 people recovered from the virus, the website said.