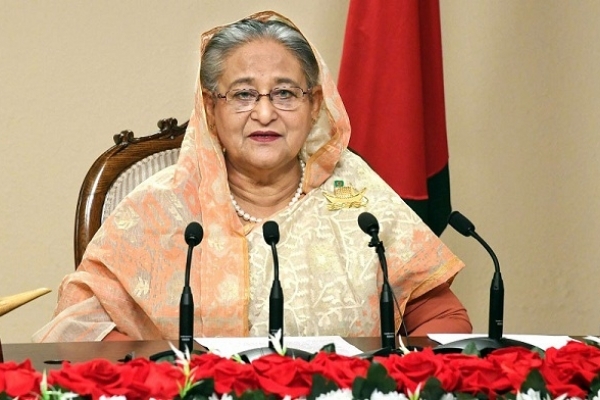 Prime Minister Sheikh Hasina on Wednesday urged the well-off people to come forward to extend their helping hands to the lower income people affected due to outbreak of deadly coronavirus in the country.

"Many people have lost their work due to the coronavirus outbreak…we've to stand beside them," she said while addressing the nation in the evening on the occasion of the Independence and National Day 2020.

In her 23-minute speech, Sheikh Hasina said right at the moment highest priority for the government is to save people from coronavirus infections.

Bangladesh has so far confirmed 27 cases after testing 794 people. Five people have so far died while seven others recovered.

The Prime Minister said low income group of people would be given assistance at their respective villages under the "Ghore Fera" (Return-to-Home) programme.

The prime minister said homeless and landless people will be provided homes, and food for six months at free of cost and cash incentive. "The Deputy Commissioners (DCs) have already been instructed in this regard," she said.

The premier said accommodation for 1,00,000 people having employment facilities has been created at Bhashan Char. "If anyone wants to go there, the government will take measures to this end," she said.

Sheikh Hasina said sale of rice at Tk 10 per kg and distribution of rice at free of cost under the VGD and VGF programmes will continue. "Medicines and healthcare services are being given at free of cost in the same way," she said.