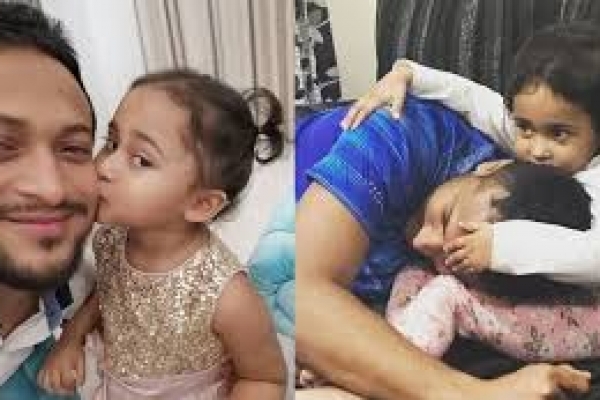 His wife Shishir gave birth to second daughter at 4:30pm on Friday.

“Mother and the newborn are doing well,” she said.

Earlier on April 7, Shakib wrote in the caption with a picture of his daughter Alayna on his verified Facebook page, ‘Big sisterhood’ where it was seen that Shakib’s daughter Alayna is standing closing her eyes with a baby costume in hand. The costume reads ‘WELCOME HOME’. Which means Alayna to become elder sister.

As Shishir is an expatriate in the US, Shakib travels there a lot. So his second daughter has also been born there.