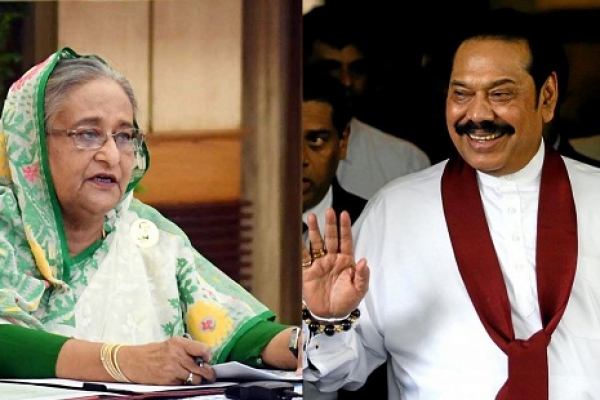 Prime Minister Sheikh Hasina today called her Sri Lankan counterpart Mahinda Rajapaksa over phone and congratulated him on the occasion of completion of 50 years of his political career.

“The Bangladesh prime minister phoned the Sri Lankan premier this morning and extended heartfelt congratulations to him (Rajapaksa) marking the completion of 50 years of his political career,” PM’s Press Secretary Ihsanul Karim said.

During the telephonic conversation, he said, the two premiers exchanged pleasantries and also reaffirmed to work together for the socioeconomic development of the region.

The two leaders wished continued peace, progress and prosperity of the people of both the countries, the press secretary said.