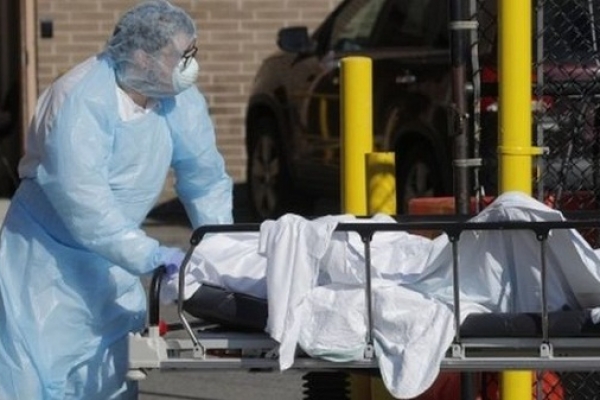 The US has passed 100,000 deaths in the coronavirus outbreak in less than four months. It has seen more fatalities than any other country, while its 1.69 million confirmed infections account for about 30% of the worldwide total.

On Thursday, a day after the figure was reached, President Donald Trump tweeted calling it a "sad milestone".

His initial silence had been noted by critics who pointed out that Mr Trump has often sought to downplay the toll.

The president also expressed his "sympathy and love" for the families and friends of those who have died from Covid-19.

The first US infection was reported in Washington state on 21 January.

Globally there have been 5.6 million people recorded as infected and 354,983 deaths since the virus emerged in the Chinese city of Wuhan late last year.

The US death toll stands at 100,276, according to Johns Hopkins University in Maryland, which has been tracking the pandemic.

It means that around as many Americans have died from Covid-19 as from the Korea, Vietnam, Iraq and Afghanistan wars combined.

But on a per capita basis the US ranks ninth in its mortality rate behind the likes of Belgium, the UK, France and Italy, according to the university. The US death toll is still climbing, and health officials say the actual number is likely higher than the recorded count.-BBC