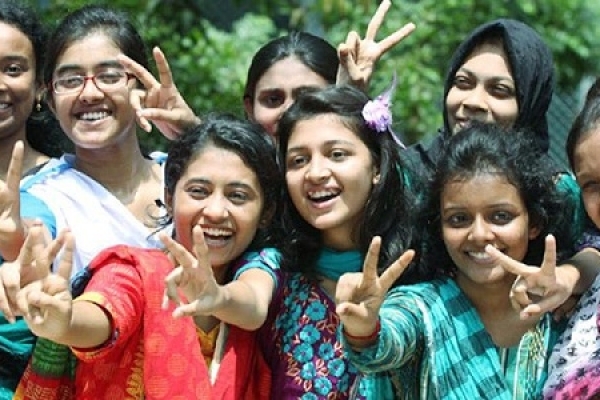 The pass rate in SSC and equivalent exams has risen to 82.87 percent, according to results announced by Prime Minister Sheikh Hasina.

In the previous year, the pass rate was 82.2 percent.

The education authorities handed over the results of the exams to ‍Sheikh Hasina on Sunday, amid the ongoing coronavirus crisis.

Education Minister Dipu Moni discussed the different aspects of the exams in a live stream on Facebook.

Girls spearheaded with 84.1 percent of them passing the exams, while the pass rate for boys was 81.63 percent.

Of the 1.8 million female students participating in the exams, 856,631 students passed.

At least 1.2 million male students participated in the exams and 833,892 of them passed the tests.

The results of this year's exams will not be sent to educational institutions to avoid gatherings during the coronavirus outbreak.

To get the results via SMS,  students will have to register for the service by typing "SSC<space>first three letters of board’s name<space>roll number<space>2020" and send it to 16222 from any mobile phone at a cost of Tk 2.55.

They can also collect the results from the website of their respective education boards.