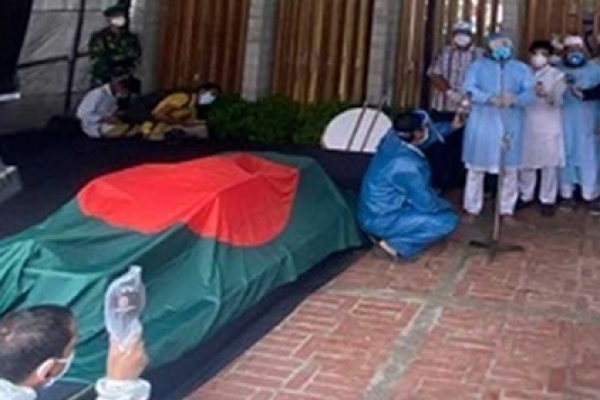 The namaz-e-janaza of Awami League (AL) presidium member and 14-party alliance spokesperson Mohammed Nasim was held in the capital this morning.

His first namaz-e-janaza was held at 9:37am at Sobhanbagh Jame Mosque in Dhanmondi. The second namaz-e-janaza at 10:25am at Banani Jam-e-mosque in the capital.

Nasim will be buried at Banani graveyard today.

Nasim was born on April 2, 1948 in a highly respectable family in Sirajganj district of Bangladesh.