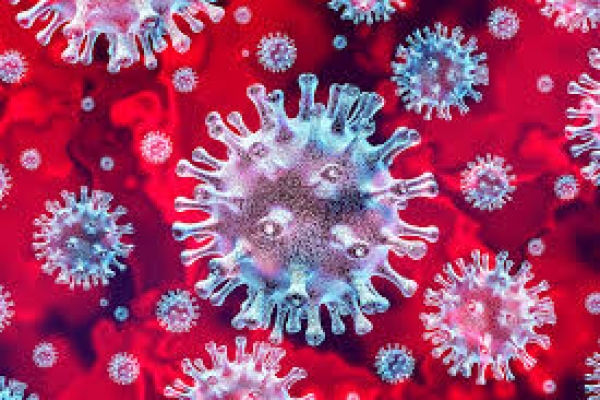 Bangladesh today recorded 45 more deaths from the novel coronavirus (COVID-19) and the highest number of 2781 recoveries in a daily count.

“The death toll from the pandemic has climbed to 1,388 as 45 more COVID-19 patients died in the last 24 hours,” Additional Director General of Directorate General of Health Services (DGHS) Prof Nasima Sultana told a virtual media briefing at DGHS in the city.

She said the recovery count rose to 42,945 after another 2781 patients, the highest in a single day, were discharged from the hospitals during the period.

She also informed that a total of 15,045 samples were tested at the authorised laboratories across the country during the time.

Among the total infections, 40.69 percent patients have recovered while 1.32 percent died so far since the first COVID-19 positive cases were reported in the country on March 8, the health official said.

Bangladesh confirmed the first coronavirus death on March 18, ten days after the detection of the first COVID-19 cases.

Nasima urged the people to abide by health rules to protect themselves from the infection of the deadly virus. “We’ve to be aware more about the codes… Health protection measures are the best remedies to prevent the pandemic,” she added.

She laid emphasis on maintaining three heath directives — wearing mask, physical distancing and washing hands by soap — to contain the spread of COVID-19.

Referring to latest health directives of the World Health Organization (WHO), the health official said the people must wear masks to protect themselves from infections of coronavirus and mentioned that scientifically cloth-made mask is equally effective to prevent the virus.

“We can reuse cloth-made masks after washing by detergents or soaps,” she said.

Nasima said nearly 75 percent COVID-19 patients are taking treatment from their homes, and many of them are being cured every day after receiving treatment through hotlines.

According to the division-wise data, 21 deaths took place in Dhaka division and 16 in Chattogram division while rests are in other divisions.

The health official dubbed Dhaka, Narayanganj and Chattogram as COVID-19 “hotspots” because the maximum numbers of cases were detected in the three cities.

As of June 18, Dhaka city has been considered as the worst-affected with 24,504 COVID cases, according to Institute of Epidemiology, Disease Control and Research (IEDCR).

She said a total of 5,82,548 samples have so far been tested since the detection of the first COVID-19 cases in the country.

According to the DGHS, a total of 3, 35,226 people were kept at both home and institutional quarantine and 2, 72,172 people were released from quarantine, while the number of people who are now in quarantine is 63,054.

It said a total of 629 institutions have been prepared across the country for keeping over 31,991 people in quarantine, adding nearly 11,474 people have now been kept in isolation.

As of June 19, 2020, 09:22 GMT, 456,779 have died so far from the COVID-19 outbreak and there are 8,601,114 currently confirmed cases in 212 countries and territories, according to Worldometer, a reference website that provides counters and real-time statistics for diverse topics.

China was the world’s first country which on January 11 reported the first death from the novel coronavirus in Wuhan, the capital of Central China’s Hubei province.-BSS