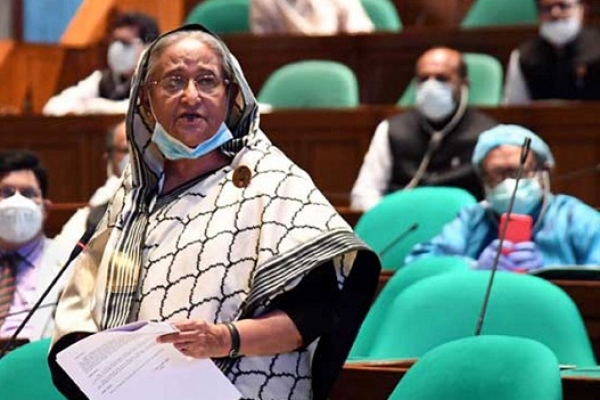 Regarding Bangabandhu’s captivity in the jail of Pakistan, the prime minister with an emotion choked voice said, "Pakistani occupation forces arrested Bangabandhu Sheikh Mujibur Rahman when he proclaimed the Independence of Bangladesh on March 26. But her father Bangabandhu Sheikh Mujibur Rahman had never shared his immense pains and agony that he endured in the jail of Pakistan during his captivity."

Sheikh Hasina said, "Bangabandhu is no more within the people of country physically but he is in the mind of all Bangalis as his (Bangabandhu’s) desire to reach Bangladesh in a dignified position in the world will be fulfilled."