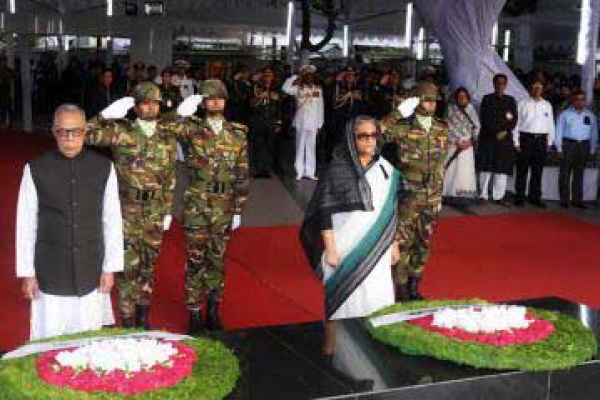 They paid the homage by placing floral wreaths at the portrait of the great leader in front of Bangabandhu Memorial Museum at Dhanmondi Road No. 32 in the capital.

As part of the state programme, the President and the Prime Minister laid the wreaths separately at the portrait of Bangabandhu at 6.35 am.

After placing the wreaths, the President and the Prime Minister stood in solemn silence there for some time as a mark of profound respect to Bangabandhu, the architect of independence.

A smartly turned out contingent of Bangladesh Armed Forces gave an honour guard, while bugle played the last post during the time. - See more at: