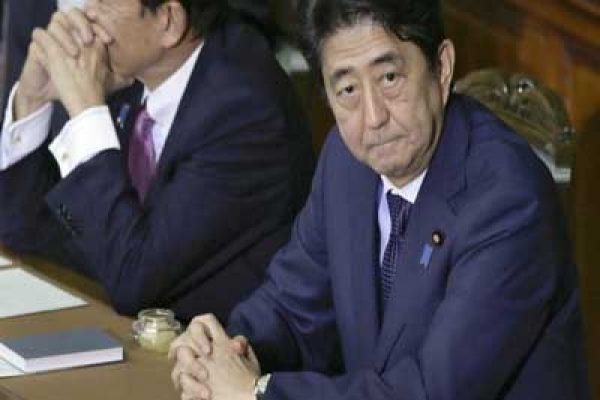 International Desk: Japan's parliament has voted to allow the military to fight overseas for the first time since the end of World War Two 70 years ago.

A vote on the new law was delayed for several hours as the opposition tried to stop the measure coming into force.

Outside, demonstrators rallied in a last-ditch show of protest.

Many Japanese are attached to the pacifist provisions in the constitution which banned fighting overseas.

The bills have already passed through the government-dominated lower house.

The government says that the changes in defence policy are vital to meet new military challenges such as those posed from a rising China.

It wanted to hold the vote before a five-day holiday begins on Saturday. The governing coalition has a majority in both chambers of the Diet, meaning that ultimately the opposition camp was powerless to stop the measure becoming law.

Masaaki Yamazaki, the president of the upper house, said the bills were passed with 148 lawmakers voting in support and 90 against.

More than 200 hours have been spent deliberating the legislation, the Japan Times reported, and its approval by parliament fulfils one of Prime Minister Shinzo Abe's long-held ambitions.

On Thursday, opposition politicians tried to physically delay proceedings ahead of a committee vote on the bills.-BBC