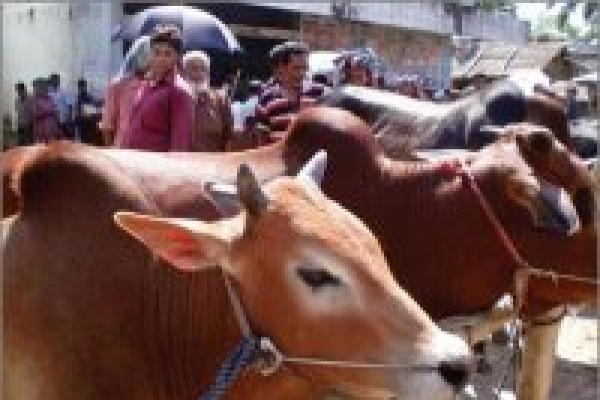 Dhaka: Five traders were attacked and their cattle-laden truck hijacked with 16 cows near parliament house in Dhaka on Saturday morning.

The injured were identified as Chandu, 45, Masud, 24, Tanzimul, 25, Sujon, 26, Thandu, 45 and were rushed to Dhaka Medical College hospital, said the police  posted near the DMCH.

Witnesses said about 10 snatchers aboard a pick-up van attacked the the truck carrying the cattle in Dhaka city's Manik Miah Avenue around 7:00 am.

APM Khalikuzzaman, provisionary sub-inspector (PSI) of Sher-e-Bangla Nagar Police Station, said, “We’ve heard of such an incident to have happened, but in Hatirjheel area, not in Manik Mia Avenue area.”

Police are looking into the matter, he added.