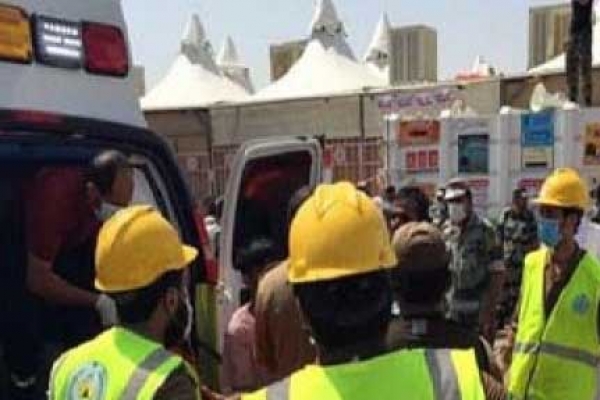 International Desk: At least 453 people have been killed in a stampede at the annual Hajj pilgrimage, Saudi Arabia's civil defence directorate said, as the death toll continued to rise.

The directorate said at least 719 other pilgrims were injured in Thursday's stampede, which took place in Mina, on the outskirts of the holy city of Mecca.

The injured have been evacuated to four different hospitals in the Mina region, according to a civil defence spokesman.

Mina is where pilgrims carry out a symbolic stoning of the devil by throwing pebbles against three stone walls. It also houses more than 160,000 tents where pilgrims spend the night during the pilgrimage.

"The street where it happened is named Street 204. This stampede did not happen at the site of the 'stoning of the devil' ritual, which was happening today.

"During and after the stampede the pilgrims continued to flock into Mina to perform the devil stoning ritual."-Aljazeera