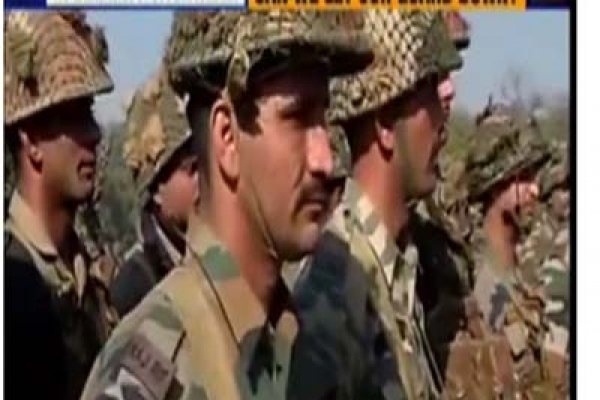 International Desk: Fresh gunfire and an explosion have been heard at an Indian air force base at Pathankot near the Pakistani border, as an operation continues to secure the facility after a deadly attack.

At least four attackers and seven Indian soldiers have died so far.

Indian officials had earlier said the base was secured on Saturday evening, following a 14-hour gunfight.

The attack is being seen as a blow to an apparent peace initiative launched just over a week ago.

Hopes for a thaw in relations were raised after Indian Prime Minister Narendra Modi paid a surprise visit to his Pakistani counterpart, Nawaz Sharif.

Pakistan's foreign ministry and the US State Department have condemned the attack.

The attack started before dawn on Saturday, when a group of gunmen - wearing Indian army uniforms - entered the residential quarters on the base.

Hours of heavy gunfire followed, and a helicopter was seen firing at the facility. On Saturday afternoon, police said the base had been secured.

However, fresh gunfire was reported at the facility on Sunday morning.

An air force spokeswoman, Rochelle D'Silva, said the military was continuing to comb the area, but gave no further information.

At least one explosion - suspected to have been caused by a grenade - was heard on Sunday. Local news reports said a soldier from a commando unit had been killed while defusing explosives.

A senior Indian police official meanwhile told the NDTV broadcaster on Sunday that up to two attackers might still be alive and at large on the base.

The identity of the attackers is not clear. Some Indian security officials suggested the Islamist militant group Jaish-e-Mohammed was to blame.

India says the group is backed by Pakistan, but Islamabad denies this.-BBC