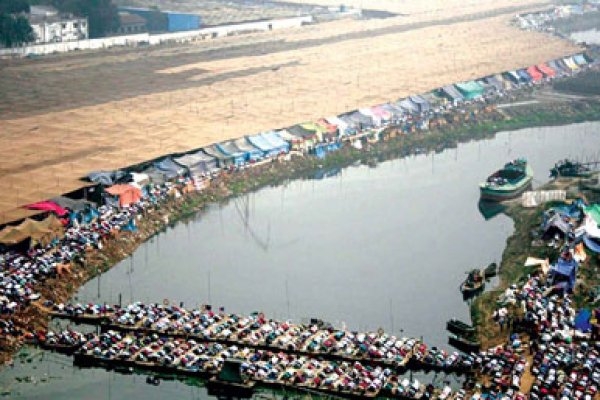 The first phase of the three-day Biswa Ijtema began on the bank of the Turag river at Tongi in Gazipur, amid participation of a large numbers of devotees from home and abroad.

Tablighi Jamaat has been organising Biswa Ijtema, also called the World Muslims' Congregation, every year since 1946.

In 2011, the organisers split the congregation into two phases to deal with overcrowding, ensure better management and give security.-thedailystar