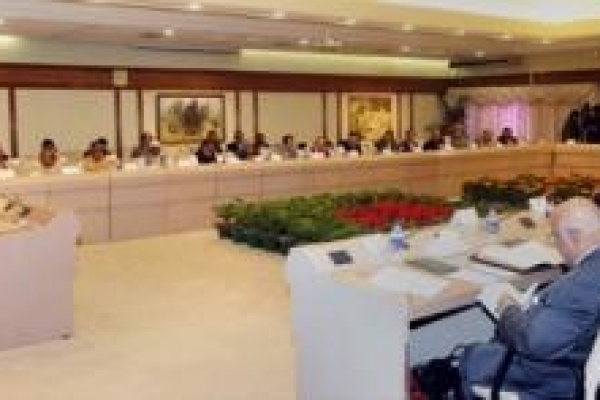 Dhaka: The cabinet today gave its final approval to the draft of "The Citizenship Law, 2016" by expanding the existing provision of getting "dual citizenship" by the expatriate Bangladeshi nationals.

"The proposed law has been framed by amulgating the existing 'The Citizenship Act 1951' and 'The Bangladesh Citizenship Temporary Provisions Order 1972'," Cabinet Secretary Md Shafiul Alam told newsmen at briefing after a cabinet meeting chaired by Prime Minister Sheikh Hasina.

He said the proposed law addressed several "back dated issues" and "incompleteness" of the two existing laws limiting the provisions of dual citizenship.

The top bureaucrat of the government briefed the newsmen emerging from the meeting at the Prime Minister's office.

Alam said that the draft law has six chapters and 28 sections which highlighted the process for gaining citizenship, disqualification of getting citizenship, surrender and dissolution of citizenship.

The cabinet secretary said that the expatriate Bangladeshis staying in all the countries having diplomatic ties with Bangladesh would be eligible for the dual citizenship.

But, he said, Bangladeshi born people who living in countries which were not recognized by Bangladesh or declared "banned" through Bangladesh government's gazette notification would not come under the purview of the proposed law.

Alam said that the draft law kept a provision of providing and reinstating the citizenship of Bangladesh to the foreign nationals, but those nationals would not be qualified to contest any parliamentary or local government polls and election for presidency, form any political party.

They would also be disqualified to be Supreme Court judges or get appointment in any post of the republic.

Alam said that any foreign national could be given honorary Bangladeshi citizenship for his or her special qualifications in social, science, literature, world peace, human development and cultural sector or making important contributions towards Bangladesh's development.

In case of getting Bangladeshi citizenship for matrimonial relations, he said, any foreign national will have to stay in Bangladesh for at least five years from the existing provision of four years.

Subject to the fulfillment of such a condition, any foreign national would get Bangladeshi citizenship through matrimonial relations.

The cabinet secretary said that except dual citizenship, if anyone shows allegiance directly or indirectly to other countries, joins any force of any country and participate in any war against Bangladesh and the illegal migrants living in Bangladesh would not get Bangladeshi citizenship.

Alam explained that any Bangladeshi citizen can surrender his or her citizenship applying to the government of Bangladesh following the procedure specified in the draft law.

However, the government could reinstate the citizenship of the nationals after reviewing the applications of those who had earlier renounced their Bangladeshi citizenships.

The cabinet secretary said that the law also kept provision of punishment of up to Tak one lakh fine or five year imprisonment or both for persons taking citizenship by giving false and distorted information and keeping true facts hidden.

He, however, the cabinet could raise further the amount in line with consultation with the law minister with other concerned in this regard.

In another development, Alam said the cabinet endorsed a proposal for fixing March 10 as the "National Disaster Preparedness Day" instead of last Thursday of March.

The cabinet was apprised of the participation of the finance minister in the opening ceremony of the Board of Governors and the inaugural meeting of the Board of Directors of the Asian Infrastructure Investment Bank (AIIB) held in Beijing, China on January 16-18.

Besides, the visit of the foreign minister to Saudi Arabia on January 5-8 and the participation of the state minister for labour and employment in the ministerial-level conference titled "5th Asia-Europe Meeting (ASEM)" held in Sofia, Bulgaria on December 3-4 last year were also apprised.