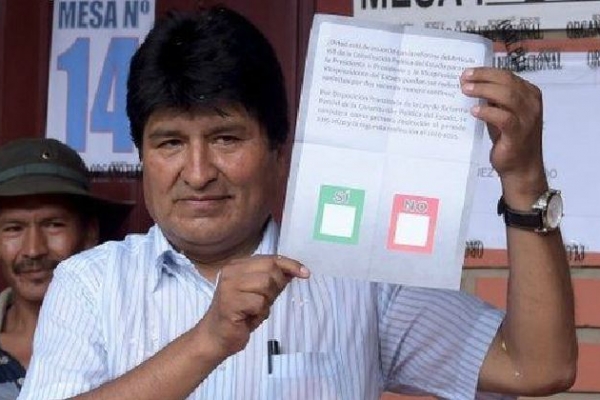 International Desk: President Evo Morales of Bolivia has narrowly lost a referendum to allow him to stand for a fourth term in office, exit polls suggest.

One poll suggests 52.3% voted against the proposal to amend the constitution, while another suggests it was 51%.

However, Mr Morales's deputy has predicted Bolivia's first head of state of indigenous origin could still win, as official results trickle in.

The constitution change would have let Mr Morales remain in power until 2025.

Opposition supporters have been celebrating the referendum result in parts of the main city, La Paz.