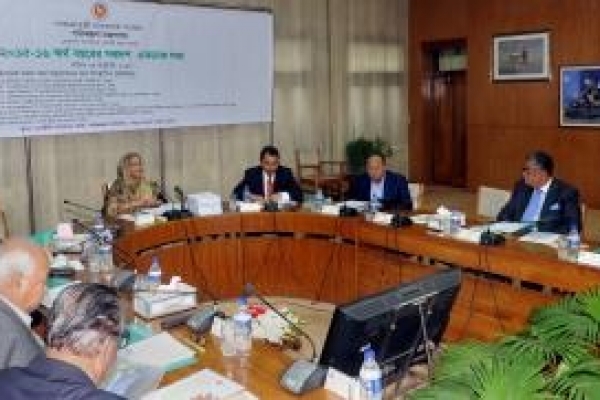 With the additional expenditure in the second revision of the PMB Project, the total estimated cost of construction of the bridge stands at Taka 28,793 crore.

The 17th meeting of the ECNEC in current fiscal held at the NEC conference room in the city's Sher-e-Bangla Nagar area cleared the expenditure of the PMB. ECNEC Chairperson ...Details»

International Desk: Turkey's government has urged Saudi Arabia and Iran to calm their diplomatic row, saying the dispute will only ...Details»

International Desk: Fresh gunfire and an explosion have been heard at an Indian air force base at Pathankot near the ...Details»

No rally on Jan 5 at same venue

Dhaka: DMP Commissioner Asaduzzaman Miah has said Awami League and BNP will not be allowed to hold their scheduled programmes ...Details»

Sports Desk : Sabbir Rahman, is one of the most popular cricketer of Bangladesh National team; his dreams of becoming ...Details»

Dhaka: The BNP has announced to hold rallies in Dhaka’s Suhrawardy Udyan and elsewhere across the country on January 5 ...Details»

For two reasons we couldn’t do well: Ershad