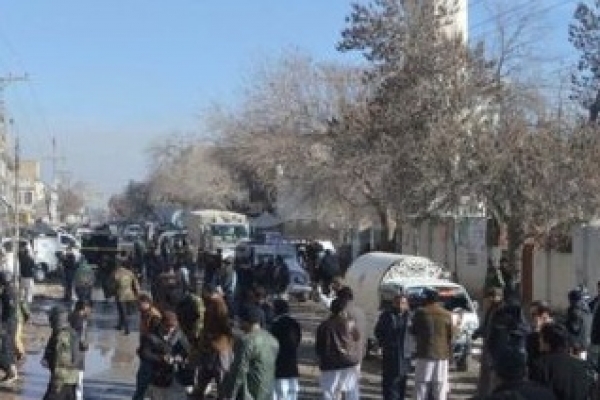 International Desk: At least 14 people have been killed in a bombing outside a polio vaccination centre in the south-western Pakistani city of Quetta, officials say.

Many of the casualties are thought to have been police guarding the clinic.

Armed guards are routine for polio workers in Pakistan, who have been the target of many deadly attacks by Islamist militants in recent years.

Pakistan and Afghanistan are the only two ...Details»

Gazipu: The first phase of Bishwa Ijtema, the second largest Muslim congregation in the world, ended on Sunday with the ...Details»

The first phase of the three-day Biswa Ijtema began on the bank of the Turag river at Tongi in Gazipur, ...Details»

Party Chairman Abdul Latif Nejami made the announcement at the ...Details»

'UGC to be transformed into Higher Education Commission'

Dhaka: To enhance quality of higher education and monitoring the activities of the universities the government has taken steps to ...Details»

Dhaka: Jamaat-e-Islami has called a countrywide hartal for Thursday, protesting the the Supreme Court (SC) verdict that upheld the death ...Details»